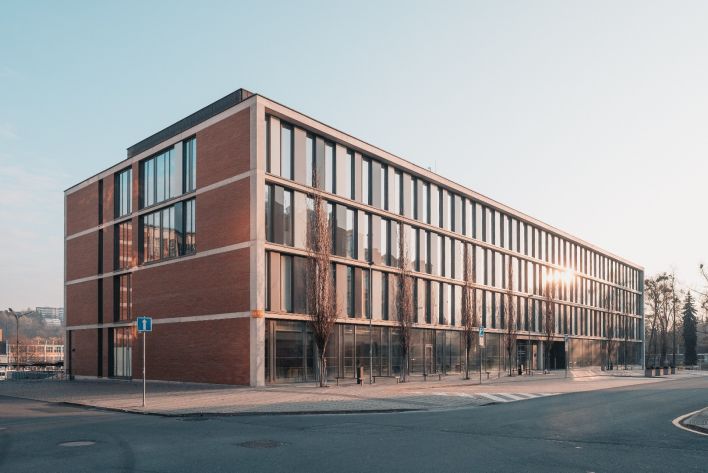 [Some Items are Depreciable over Less Than 39 Years]

Business buildings generally have a 39-year depreciation period (27.5 years for residential rental properties).  However, some items of nonresidential business real property that are, seemingly, “part of the building” can, nevertheless, be depreciated over a far shorter period.

Thus, for example, instead of being depreciated over a 39-year period, the costs of the building’s electrical system, to the extent that the costs are allocable to running the building’s business equipment, would be depreciable as follows:  50% bonus depreciation in the year that the system was placed in service, with the remaining cost written off in that year and the remainder written off over a seven (7) year depreciation period.

A study must be completed by an engineering company to identify Faster Depreciation Items; to wit, a “Cost Segregation Study”, in order to justify the increased deductions.
If a building owner has already begun depreciating these Faster Depreciation Items as a part of the general (39-year) depreciation of the building, IRS will consent to a change in accounting method per an IRS “automatic accounting method change”.  There will be a one-time downward adjustment in the building owner’s income, equal to the amount of the unclaimed depreciation.

The 2017 Tax Cuts and Jobs Act (“TCJA”), further, made the practice of identifying such Faster Depreciation Items more significant.  Specifically, the TCJA generally allows for the immediate expensing of most personal property, and removes the prohibition on applying bonus depreciation to used assets.

The change in accounting method for Faster Depreciation Items must be done in conjunction with the assistance of construction experts who are experienced in identifying and substantiating the qualifying costs, for purposes of the aforesaid Cost Segregation Study.

Additionally, as with any change in accounting method, there must be a positive judgment of the taxpayer as to whether the benefit of the changes of the Cost Segregation Study is greater than the costs of making the change.

As is generally known, there are certain IRS penalties for taking unsubstantiated tax positions.  In the area of a building’s Faster Depreciation Items, the application by IRS of such penalties would include not only the taxpayer and the taxpayer’s tax return preparer - - but also the preparers of “Cost Segregation Study”.

IRS, in Chief Counsel Advice 201805001, describes a taxpayer who was provided with a Cost Segregation Study from an engineer-consultant who had no direct role in preparing tax returns.  Rather, the consultant provided his report to the taxpayer, which was then to be used in the preparation of tax returns.  The Cost Segregation Study divided a business property, depreciable over 39 years, into various components - - many with shorter (5-year) depreciation lives.

Upon review by IRS, it was found that the cost study significantly front-loaded depreciation by classifying structural building components as 5-year property.  IRS determined that the study’s front-loaded depreciation should not simply be corrected on the taxpayer’s returns, it determined that the problems with the study were serious enough that the study’s preparer should be penalized.  This was based on Section 6701(a)(1) of the Internal Revenue Code, which states that penalties may apply to any person “who aids or assists in, procures, or advises with respect to, the preparation or presentation of any portion of a return, affidavit, claim, or other document”.

Naturally, the choosing of a responsible engineering firm, which is experienced in preparing Cost Segregation Studies, should avoid such penalties.

A leading court case in the area, Hospital Corporation of America, 109 T.C. 21 (1997), held that statutory language in the sections of the Internal Revenue Code, which allow for depreciation, intend to maintain the differences between a building’s components classified as real property, and a building’s components classified as personal property.  Congress did not intend, the case held, that all assets connected to a building should be defined as structural components depreciated over the general building’s lengthy 39-year cost recovery period.

Once again, such a change in depreciation method should be backed up by a responsible Cost Segregation Study.