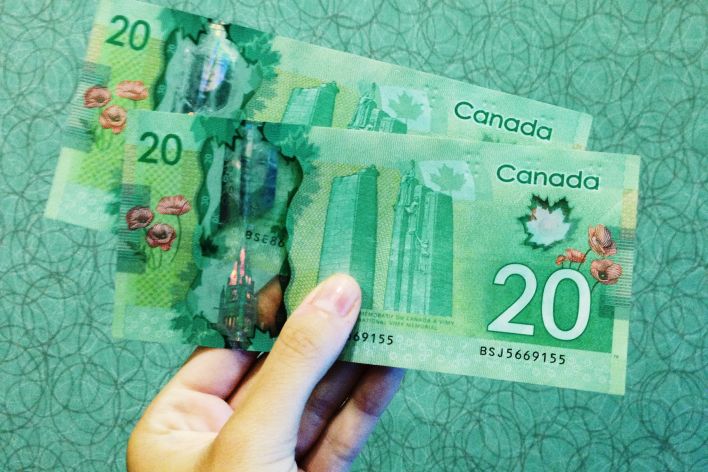 Introduction:  For U.S. citizens, who maintain bank or financial accounts in a foreign country, there is a reporting and disclosure responsibility, under U.S. law, to identify the account and the average amount in the account during a particular reporting year.

The form to be filed (FinCEN Form 114) is an easily completed form, and its filing addresses an issue which, if ignored, can lead to significant penalties.

Typical Application:  Typically, the scenario applies, for example, to a U.S. citizen, living in Canada, who maintains all of his or her bank accounts in Canada.  The U.S. citizen may be completely unaware (i) that there is a U.S. reporting responsibility for each such account, and (ii) that a U.S. income tax return must be filed (in addition to any Canadian income tax returns) despite the fact that all of the economic activity for the U.S. citizen takes place in Canada.

No one should ever avoid such filings due to being apprehensive about additional form filings.  These types of fillings usually become important only if they are not filed.  As the recent case below indicates, the willful failure to file can cause substantial penalties to be assessed.

Recent Case [Ott, 2/26/20]:  In the Ott case, which is a decision of a federal district court in Michigan, a taxpayer who failed to file an FBAR did so willfully.  The court came to this conclusion because, among other reasons, the taxpayer signed his tax return under penalty of perjury, told the foreign bank not to send correspondence to his address, and failed to consult with a tax expert regarding whether to report the foreign account.

The U.S. Supreme Court has held that where willfulness is a statutory condition of civil liability, willfulness is generally understood to cover not only knowing violations of a standard but reckless ones as well.

In addition to potentially having to file an FBAR, a taxpayer with a foreign account must report that fact on Schedule B, Interest and Ordinary Dividends, of IRS Form 1040.

Many years prior, a friend had told him that he did not need to report foreign bank accounts or income.  Further, Ott claimed to have no tax or financial expertise.

Ott opened an account in Canada because his sister lived there, and he had all of the bank’s correspondence sent to his sister’s address.  He deposited over $1 million in the Canadian account.  His sister rarely forwarded bank statements or other correspondence to Ott.

For 2007, Ott hired a CPA to prepare his tax return.  Ott did not discuss his foreign account with the CPA.  The CPA did not answer the question on Ott’s Form 1040 - - “does the taxpayer have a foreign account”.  The return software defaulted to “no” in answer to the question.

IRS imposed a penalty on Ott for willfully failing to file the 2007 FBAR.  It stated that Ott engaged in numerous acts of concealment as to the Canadian account, including those indicated above.

Court Decision:  The U.S. district court (located in Michigan) agreed with IRS that Ott willfully failed to file his FBARs.

The Court stated that Ott (i) relied on informal advice, received years earlier, from a non-tax expert; (ii) that such reliance was reckless; (iii) that Ott’s conduct was not merely negligent, but was willful; (iv) and that he used his sister’s address in Canada to avoid detection of the account.

Ott’s only contact with anyone on a continuous basis was with his broker regarding the foreign account.

Thus, he was paying attention to the account, but not for U.S. tax reporting and FBAR purposes.

Comment of the author of this Blog:  Behavior like Ott’s is ridiculous, to the extent of being childish since the careful reporting of such matters only becomes important when it is not done.  When it is carried out correctly, which is not difficult, the reporting will, for the most part, be lost to the taxpayer’s filing history, and will not come back to bite the taxpayer.  Similarly, this is true for another type of foreign account reporting under the Foreign Accounts Tax Compliance Act [“FATCA”], which will be addressed in a future Blog.  FATCA covers a larger range of foreign investments but does not replace FBAR reporting.

Change to FBAR Filing Verification Submission Process:  Another item of recent interest is a change to the verification process which confirms that IRS has received an FBAR filing.

Before November 19, 2019, IRS allowed FBAR filers to call its FBAR hotline to obtain a verbal verification of filings for up to five FBARs at no charge.

Effective November 19, 2019, IRS will no longer accept verbal requests for verification of FBAR filings.  All requests must be submitted in writing.

In response to written requests, IRS will send a letter stating whether the record shows that an FBAR was filed and if so, the date filed.

IRS has made this process change so that it can have documentary evidence of all FBAR verification requests and IRS responses to those requests.